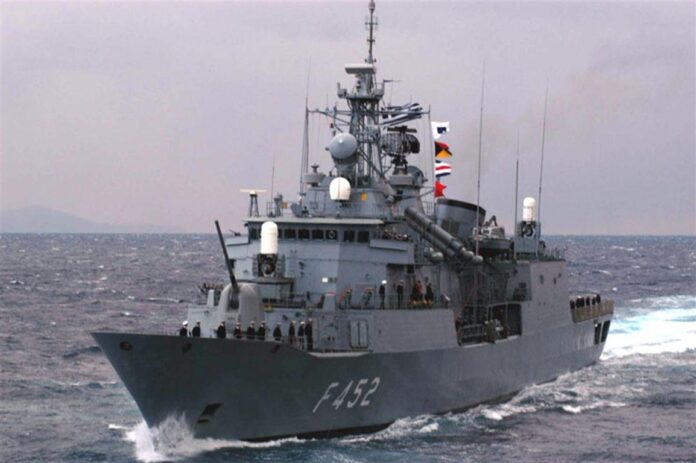 1 organic S-70B-6 Aegean Hawk helicopter is deployed and a boarding team onboard of Hydra to conduct Maritime Interdiction Operations (MIO).

Frigate “HYDRA” will remain for a short time at Souda Naval Base (Crete island) to conduct training in the NATO Maritime Interdiction Operational Training Centre (NMIOTC) and then will be deployed in late May.