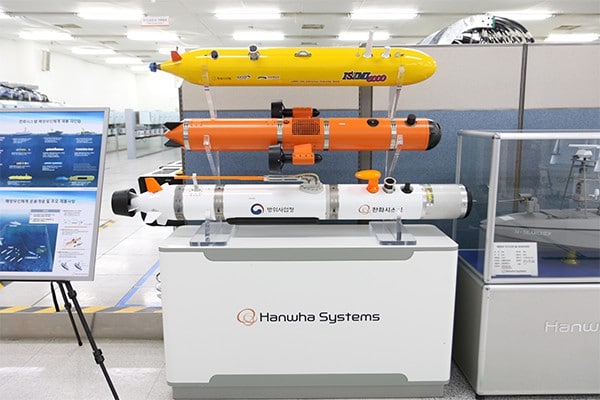 Hanwha Systems Co. has been working on developing unmanned underwater lineup, including robots and vehicles for deep-water patrol and search operations.

Hanwha Systems is a primary defense contractor of Korea and has supplied combat system solutions for Korean Navy over the last 40 years. Currently, it is in process to secure an order to build a combat solution, which is to be used in the Navy’s next-generation destroyer.

The combat management system was able to detect and destroy torpedo fired from a submarine kilometers away in the simulation showcase.

The company also unveiled its latest R&D projects, including autonomous underwater vehicle (AUV) or a robot designed to carry out underwater activities with little or no human supervision.

Its AUV is the first in the country to pass the Korean Navy’s test that is to be deployed in actual battles company claims.