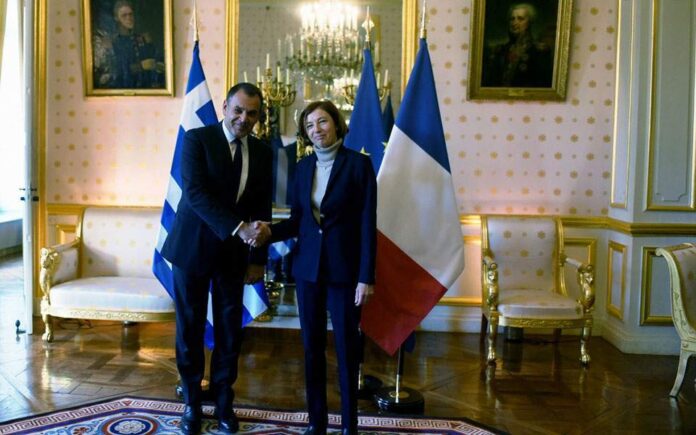 While Turkey’s operation to North Syria is widely discussed at the social media, MoD of France, Florence Parly, made an interesting announcement via her Twitter account. She mentioned that France replied positively to Greece’s willingness expressed by the Greek Defense Minister Nikos Panagiotopoulos to launch talks for the acquisition of two new frigates.

The ministers signed a statement of intent during the Greek minister’s visit to Paris for the acquisition by the Hellenic Navy of two frigates. Panagiotopoulos commented to press that there was “a long way to go” before an agreement is reached on the required “technical aspects” of the vessels.

Another point of discussion was some pending issues relating to the maintenance of French Mirage fighter jets, he said.

There is a cliche statement for such situations: “Timing is very meaningful”. Because most of the EU countries are disturbed by Turkey’s operation to Syria and this operation was condemned by President of France, Emmanuel Macron. Of course, we can’t know clearly if this operation accelerated the negotiation between France and Greece in order to punish Turkey, because Turkey and Greece have conflicts over both Aegean and East Mediterranean for decades. But it’s clear that this deal will disturb Turkey.

The two ministers also discussed Turkey’s operation against YGP/SDF in Syria and conflicts at East Mediterranean.

In comments to reporters after meeting of the ministers, Panagiotopoulos referred to French and Italian vessels in the area, saying that they served to underline the presence of the European Union and its objections to Turkey’s activities at conflict area.