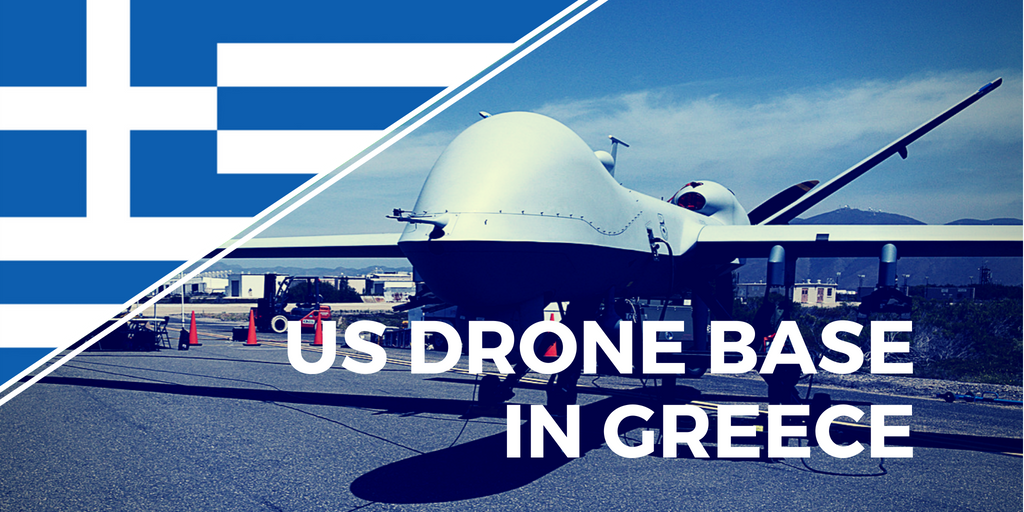 Greece currently does not have armed drones, and there are no signs that Greece will have them in the near future. However, as of May 2018, Greece is expected to host US drones at Larisa airbase.
Since 2006, Greece has operated four French Sagem-made Sperwer-A drones, which are long-endurance drones with payloads of up to 50 kilos. In February, Greece’s Ministry of Defence announced it would lease seven Heron (MALE) UAVs from Israel for three years for 35.5 million Euros (44 million USD$). According to Greek media, this would be used for intelligence, surveillance and reconnaissance (ISR) capabilities in the Aegean Sea. Furthermore, there are reports that Greece will purchase Heron MALE UAVs from Israel.
Greece has shown interest in drone development programmes in Europe. It is involved, together with France, Spain, Italy, Sweden and Switzerland, in the Dassault-led nEUROn programme. Furthermore, Greece will host US drones at the Larissa Air Force Base, where they are expected to start operating in May 2018. This is the result of nearly 5 years of diplomatic and military discussions during which several locations, such as the island of Crete, were suggested by the US. US MQ-9 Reaper drones will be stationed at Larissa, and the US is said to be interested in assisting the Greek military in conducting more effective operations in the Aegean and Mediterranean seas. The US Ambassador to Athens Geoffrey Pyatt has often cited the strategic significance the location of Greece and its ports of Alexandroupolis and Thessaloniki to the US. Greece has to make sure that it prevents complicity by hosting these operations.