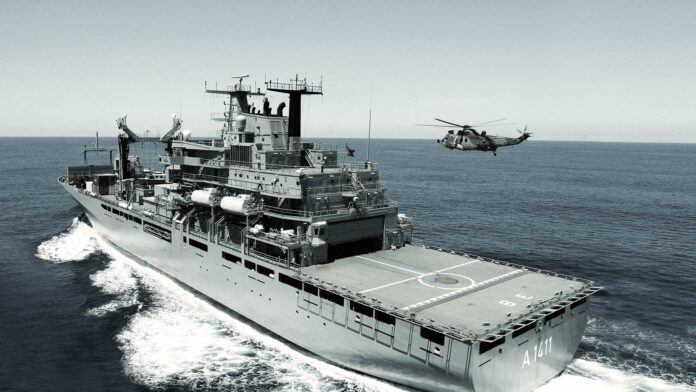 On the morning of June 4, EGV Berlin detected a boat in danger in the northeast of Lesvos Island. When she proceeded to the area, Berlin found that the migrant boat full of people.  Some people were in the water and their life was in danger. The commander of the EGV Berlin decided to provide help.

In accordance with Article 98 of the United Nations Convention on the Law of the Sea, every seafarer has to save people from distress at sea.

EGV Berlin took the boat in tow and pulled it to the beach in Lesvos.

All 32 migrants, including several young children, safely reached the safe shore. At the time of the incident, irregular migrants had been at sea for 28 hours and were deported from Greece by a rubber boat.

Then the EGV Berlin continued its patrol mission after provided assistance to a migrant boat and pulled it to the beach of Lesvos Island.