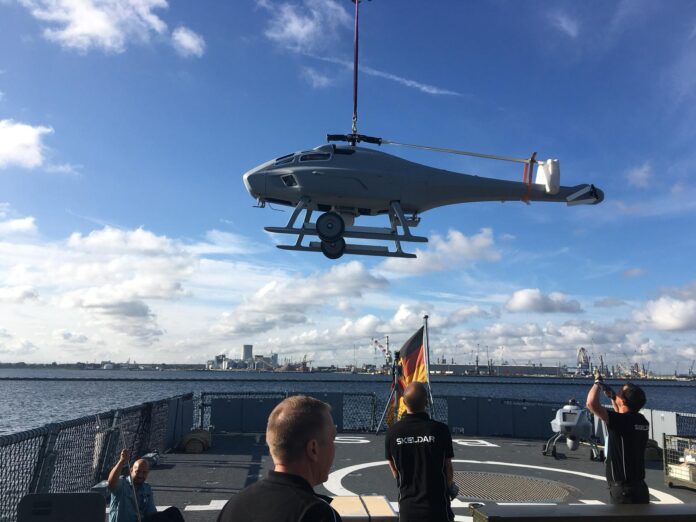 As announced by Thorsten Bobzin, the commander of the German naval air command, two Sea Falcon systems – as the heavy fuel UAV will be referred to in German Navy service – were lifted onto the deck of FGS Braunschweig for static tests. The static tests will be contiued by flight trials.

A total of two V-200s have been ordered to serve as sensor carriers. They have a maximum takeoff weight of 234 kilograms, with a payload of 50 kilograms, and an endurance of up to five hours.

In addition to the German Navy, the V-200 is being acquired by the Royal Canadian Navy and Belgium and the Netherlands, who will operate the systems as part of their joint mine countermeasure vessel fleet replacement program.