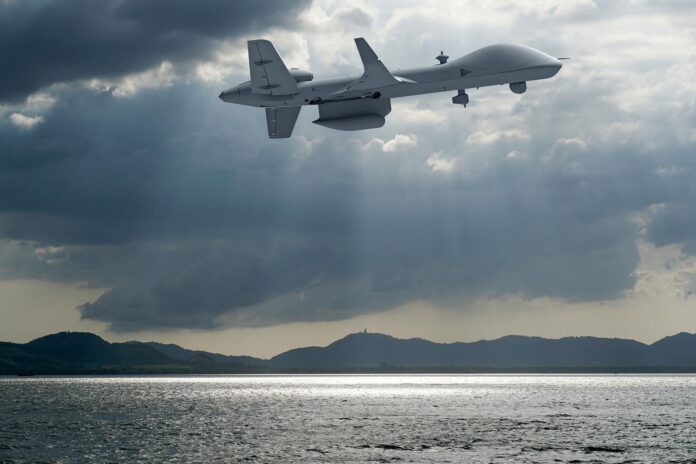 General Atomics Aeronautical Systems, Inc. concluded a set of maritime test flights over the sea-lanes off the coast of Southern California on September 11th, using the MQ-9B SeaGuardian® Remotely Piloted Aircraft System (RPAS), General Atomics announced. This was the first MQ-9B configured for surveillance operations over open-water and served to demonstrate MQ-9B capabilities in the maritime environment.

The Southern California test flight demonstrated how SeaGuardian can be used for a variety of maritime missions, including surface search, subsurface search, littoral surveillance, anti-piracy and search and rescue. MQ-9B is all-weather capable, and compliant with STANAG 4671 (NATO Airworthiness type-certification standard for UAS). This feature, along with its operationally proven collision-avoidance radar, enables flexible operations in civil (including ICAO) airspace.