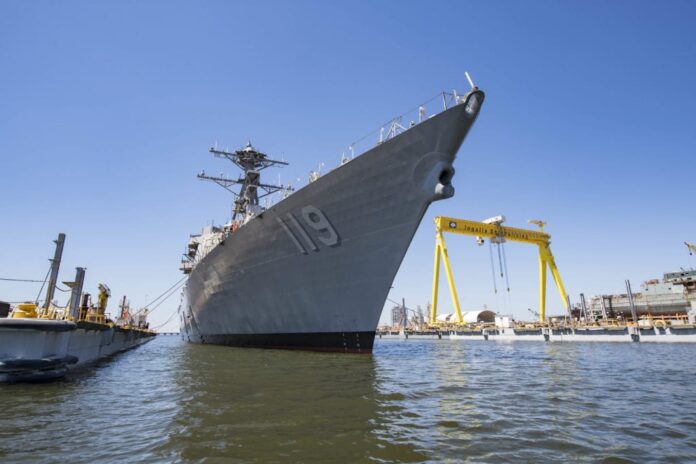 The ship was previously underway for Alpha trials in Dec., and will be underway again in Mar. for Acceptance trials, which will be conducted by the U.S. Navy’s Board of Inspection and Survey.

“The Navy and our dedicated shipbuilders have continued to make strides towards delivering this exceptional capability to the fleet, and performed well during builder’s trials,” said Capt. Seth Miller, DDG 51 class program manager, Program Executive Office (PEO) Ships. “This ship continues the proud Aegis shipbuilding legacy and will provide the Navy with a 21st century fighting edge.”

Delbert D. Black is configured as a Flight IIA destroyer, which enables power projection, forward presence and escort operations at sea in support of Low Intensity Conflict/Coastal and Littoral Offshore Warfare as well as open ocean conflict. DDG 119 will be equipped with the Navy’s Aegis Combat System, the world’s foremost integrated naval weapon.

As one of the Defense Department’s largest acquisition organizations, PEO Ships is responsible for executing the development and procurement of all destroyers, amphibious ships, special mission and support ships, and special warfare craft.