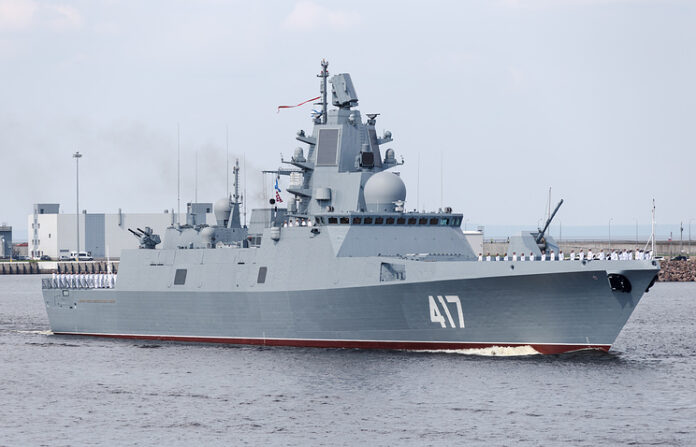 The lead ship of project 22350, The Admiral Gorshkov, which commissioned on July 28, has left the main base of the Northern Fleet (Severomorsk) for the Barents Sea for combat training, the fleet’s press-service told the media. “The ship will act jointly with aircraft. The frigate’s radio-technical weapons will be tested by planes of the mixed air regiment of the Air Force and the Northern Fleet’s air defense,” the fleet said.
The crew will test the ship on the move, carry out survivability tests and communication exercises and a number of combat air defense and anti-submarine drills.
This is The Admiral Gorshkov’s first sea voyage in the capacity of a Northern Fleet ship.
The Admiral Gorshkov arrived in Severomorsk from St. Petersburg on September 8. It is the Northern Fleet’s first surface ship carrying cruise missiles Kalibr.
Photo : Russian Defense Ministry Press Office