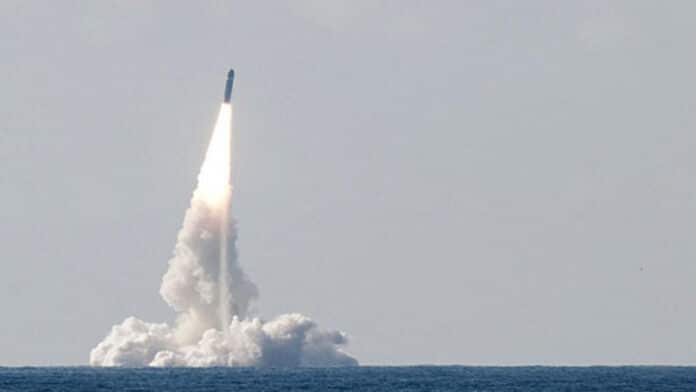 The French Navy’s Triomphant class nuclear ballistic missile submarine (SSBN) Le Téméraire test-fired an M51 submarine-launched ballistic missile in the Atlantic off of Finistère, France in the early hours of June 12th, 2020. The launch was conducted from Audierne bay off the coast of Audierne and was coordinated by the Ministry of the Armed Forces, the French Atomic Energy and Alternative Energy Commission (CEA) and other industry partners.

The test was carried out without a nuclear warhead off Britany in Western France. The missile was tracked throughout its flight phase by radars and by the missile range instrumentation ship Monge (A601). The fallout zone was located in the North Atlantic, several hundred of kilometers from any coast.

Le Téméraire is a Triomphant-class ballistic missile submarine of the French Navy, launched in January 1998, and commissioned in December 1999.

Check out Naval Library App to find out the specifications of M51 SLBM and Triomphant-class ballistic missile submarines.