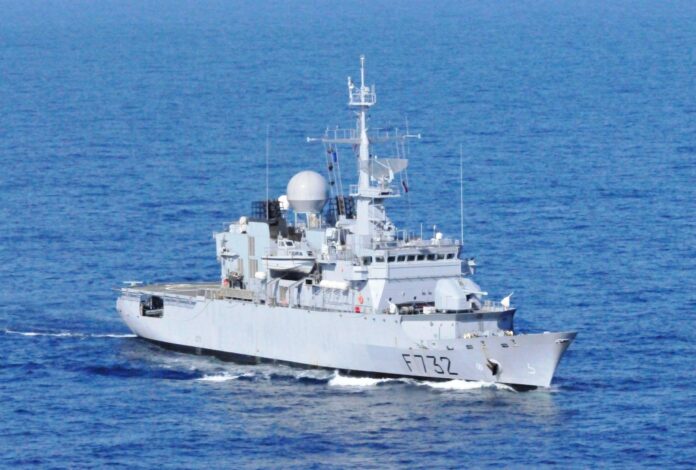 Within a month of joining Combined Task Force 150 (CTF150), the French frigate, Nivôse, has seized 251 kilograms of heroin in the latest success for the Marine Nationale in the Indian Ocean.
The ship, whose home base is in the French overseas department of Réunion, is currently conducting operations in support of the Combined Maritime Forces (CMF). CMF is an enduring global maritime partnership of 32 nations aligned in common purpose to conduct Maritime Security Operations (MSO) in order to provide security and stability in the maritime environment.
On 8 June 18, the Nivôse conducted a boarding of a dhow off the coast of Somalia. The resulting search discovered 251 kilograms of heroin, worth an estimated 2.6 million US Dollars (approximately €2.2 million) in East Africa. The illicit narcotics were subsequently seized and destroyed by the crew of the Nivôse.
This is just the latest in a series of seizures by the Marine Nationale, complementing those made by the French warships Jean de Vienne and La Fayette in recent months. In total, the three ships have been responsible for seizing 6 tonnes of hashish and nearly 1,200 kilograms of heroin whilst supporting CTF150 operations over the last three months.
CTF150 is currently being led by the UK, but the headquarters staff also features members of three other nations, including five French personnel from the Marine Nationale.