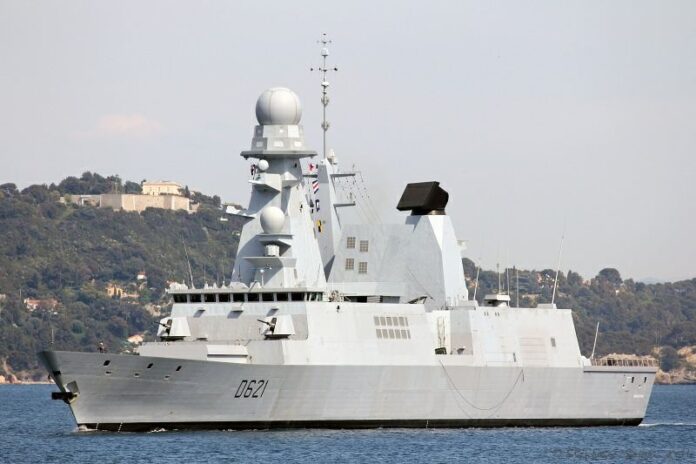 France’s amphibious task group (CATG), comprised of the French Navy Mistral-class amphibious assault ship LHD Tonnerre and the Horizon-class air defense destroyer Chevalier Paul, left its homeport Nov. 21 for a deployment which will include time in the U.S. 5th Fleet area of operations.
In the spirit of the commemoration of the 100th anniversary of World War I, and in memory of the sacrifices and fighting spirit of the U.S. Marines during the second battle of the Marne, this deployment is named Bois Belleau 100.
The amphibious task group will integrate into the command and control structure of U.S. Naval Forces Central Command and provide critical leadership while operating in the U.S. 5th Fleet area of operations. Further amplifying the bilateral nature of the deployment, approximately 150 U.S. Sailors and Marines will embark aboard the Tonnerre while she operates in the region.
This joint deployment will pre-position an important amphibious operational capability in an area of common strategic interest. It marks a new stage in cooperation between the French and U.S. armed forces, and illustrates the countries’ high level of interoperability.