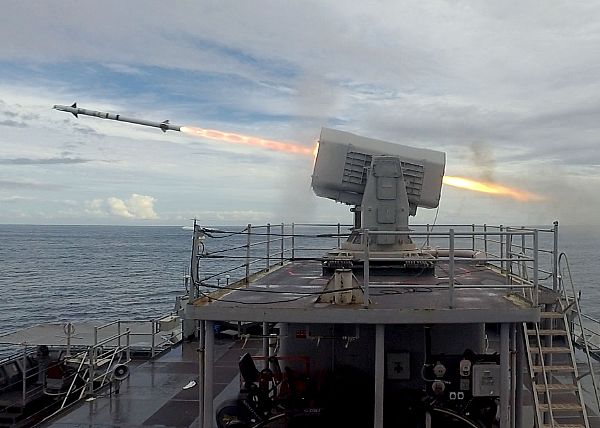 The scope of the SWATT consists of aircraft and landing scenarios, also provides a transition from single ship operations to multi ship operations. SWATTs are a relatively new construct in the Surface Fleet that deliver advanced tactical training to increase surface force lethality and tactical proficiency by providing warfare commander and unit level training beyond the basic phase. As a result, ARGs and other warfare commander teams are more ready to receive operational tasking or deploy following a SWATT.

– The first phase of the Bataan ARG SWATT — like similar SWATTs — was an in-port academic session, a kind of education which would be the infrastructure of tactics of second phase, where Warfare Tactics Instructors (WTI) from Naval Surface and Mine Warfighting Development Center (SMWDC) provided training to shipboard teams.
– After the in-port phase, the second phase, underway training commenced when all the ships, aircraft and landing craft that make up the Bataan ARG — including USS Bataan (LHD 5), USS New York (LPD 21), USS Oak Hill (LSD 51), and embarked Helicopter Sea Combat Squadron 28 (HSC 28) and Naval Beach Group 2 assets — completed training events to sharpen their warfighting skills in several kind of warfares single and together.

“SWATTs prepare individuals, watch teams, ships and staffs to be more capable, ready and lethal to ‘Own the Fight,’” said Capt. Lance Lesher, commodore of Amphibious Squadron 8. “It’s crucial that ships’ crews are prepared to work together, communicate and face all varieties of challenges at sea. That need is amplified when you have multiple ships conducting coordinated operations as a group.”

Since 2016, there have been 11 SWATT exercises completed by carrier strike group cruiser-destroyer units and ARGs.