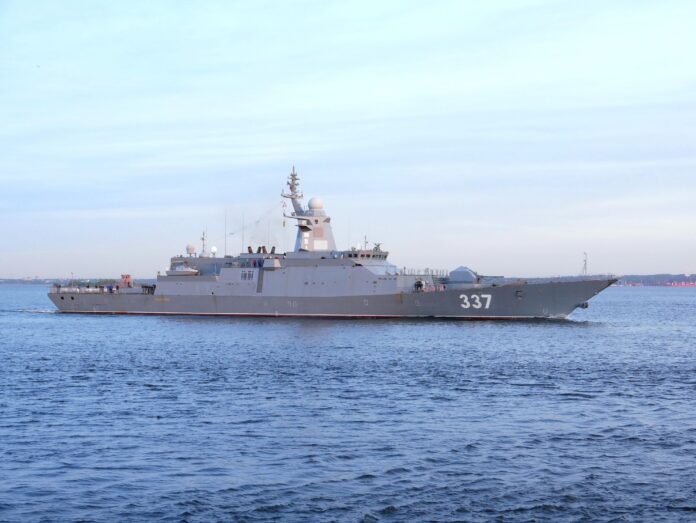 According to the statement of the press office of the Russian Northern Fleet on Friday (6th Dec), the Project 20385 lead corvette Gremyashchiy armed with Kalibr cruise missiles has entered the White Sea for state trials.

The corvette is described as “cutting-edge” by Russian officials. It’s seen as a part of the modernized look of the Russian Navy, because of this reason Russian officials considers this project as gamechanger. After commissioning, Gremyashchiy class corvettes is expected to increase capacity of Russian navy to response fast when the tension is high at critical areas especially Baltic Sea.

“For several days, the corvette’s crew will check the ship’s systems and mechanisms at sea and test radio-technical armament with the help of the Northern Fleet’s aviation. Besides, the corvette will test-fire its main missile system against various types of targets,” the press office said in a statement.

The Gremyashchiy is the Project 20385 lead corvette laid down at the Severnaya Shipyard on February 1, 2012 and floated out in June 2017. The corvettes of this Project developed by the Almaz Central Marine Design Bureau are designated to detect and destroy enemy submarines and surface ships, provide for troop landing and cope with numerous green-water tasks.