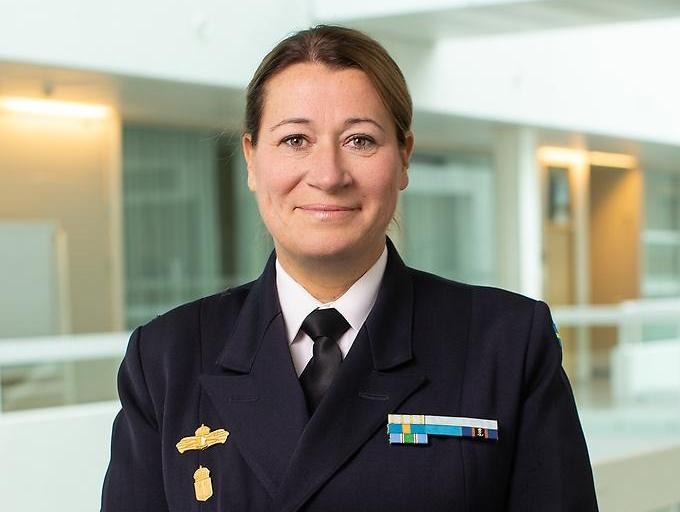 On 21st January, Ewa Skoog Haslum, former Vice-Chancellor of the Swedish National Defense College, was appointed as “Chief of Navy” with a special ceremony held in Karlskrona. The event is historic as it is the first time a woman has been assigned the role of Chief of Navy.

She was appointed as Marine Chief by her predecessor On 11 December 2019, she also promoted to Rear Admiral rank with the same announcement. With the ceremony held on 21st January her promotion and new assignment was formalized.

Admiral Haslum will start her new assignment on February 1.

Skoog was born on 26 March 1968 in Hov Parish, Kristianstad County, Sweden, and she grew up in Torekov. Skoog Haslum began her career in 1987 as a radio telegraphist on board HSwMS Stockholm. She was commissioned as an naval officer in the 2nd Surface Warfare Flotilla in 1990 with the rank of acting sub-lieutenant. She was promoted to sub-lieutenant there in 1993 and to lieutenant in 1995.

For almost 6 months in 2007, she commanded the corvette HSwMS Sundsvall in the UNIFIL Maritime Task Force (MTF) and patrolled the coast of Lebanon, to stop gun smugglers and terrorists, and to ensure aid deliveries reach Beirut, and not be cut off by pirates.

From 2010 to 2017, Skoog Haslum served one month a year as Aide-de-camp to Victoria, Crown Princess of Sweden.