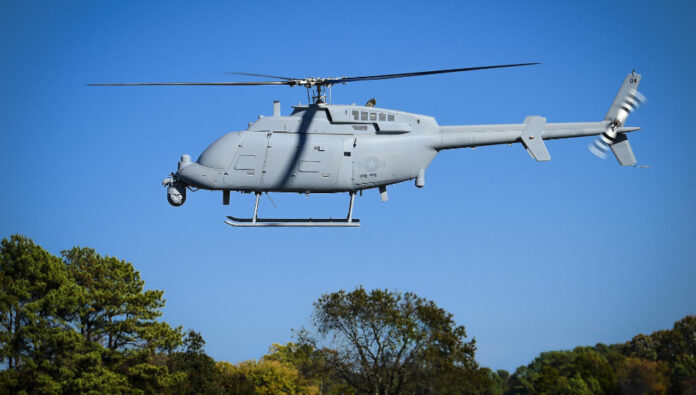 The Northrop Grumman built Fire Scout complements the manned MH-60 helicopter, which is used for reconnaissance, surveillance, and targeting, allowing it to stay in the air for a long time.

The MQ-8C variant is based on the cell of the manned Bell 407. Compared with its predecessor MQ-8B (based on the Swiss 300) payload and flight time have been increased significantly. The maximum flight duration is twelve hours.

The MQ-8C will be equipped with an improved radar that will allow for a wider field of view and a range of digital modes, including weather detection, air-to-air targeting and a moving ground target (GMTI) display.

The C version will be in use with Littoral Combat Ships (LCS) from 2021, while the MQ-8B will be in service onboard the LCS in the 5th and 7th fleets.

The Navy finished the first comprehensive operational test of the MQ-8C in 2018, in which the aircraft performed mission scenarios aboard the Independence-variant USS Coronado (LCS-4) off the coast of southern California.

The service first started testing the Fire Scout MQ-8C aboard the USS Montgomery (LCS-8) in 2017, which included the first flight off an LCS to verify the aircraft can safely operate on the ship.

The MQ-8C has flown over 1500 hours and completed more than 700 missions. In the next few years, Northrop Grumman will continue deliveries to the US Navy; 38 machines are planned.