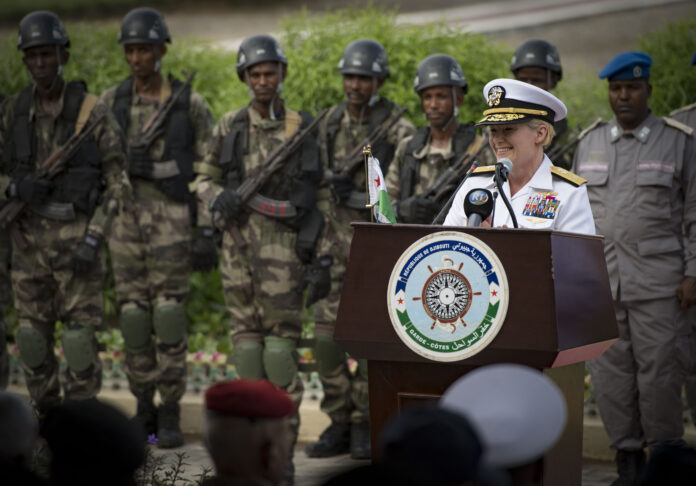 “Today, we face serious challenges at sea such as illegal fishing, trafficking of weapons, narcotics and people and the ongoing threat of piracy,” said Rear Adm. Heidi Berg, director, intelligence and knowledge development directorate, AFRICOM. “Our efforts here will help make the region a safer place for maritime commerce and help increase prosperity throughout the region.”

The participating nations will be testing their ability to combat illicit trafficking, piracy, illegal fishing, as well as conduct search and rescue operations.

Cutlass Express is one of three Africa-focused regional, “Express” series exercises sponsored by AFRICOM and facilitated by U.S. Naval Forces Europe-Africa/U.S. 6th Fleet. The exercise falls under Africa Partnership Station, the umbrella program for the Express series of exercises and other capacity-building initiatives throughout Africa. 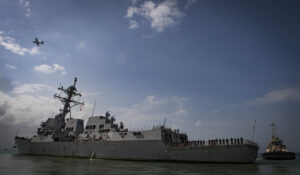 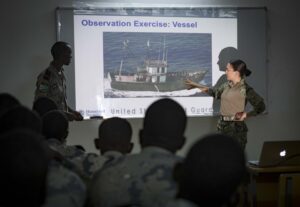