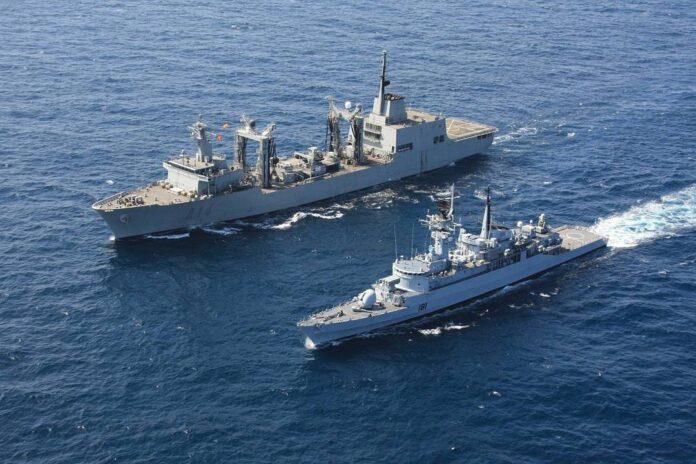 ESPS Patiño met up with CTF151 Pakistan Warship PNS Tariq to conduct counter-piracy exercises at sea off the Somali Coast.
Personnel from each vessel transferred between warships to understand each other’s capabilities and focus on the major aspects of counter-piracy deterrence and prevention. Cooperation at this tactical level is essential in continued combined operations and building on the successes of both missions to date.
The deployed units of EU NAVFOR are currently under the command of an Italian led Force Commander, Rear Admiral Fabio Gregori, and Captain Yusuf Almannaei of the Royal Bahrain Navy is currently in command of CTF 151.
Cross-boarding of personnel is common when two maritime forces meet at sea with similar missions; in this case it is to disrupt piracy at sea and to engage with regional and other partners to build maritime capabilities in order to protect global maritime trade throughout the region. 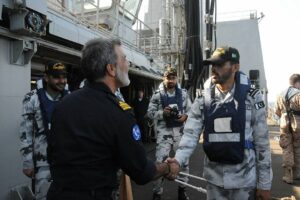 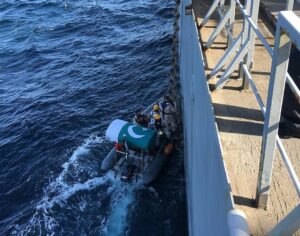