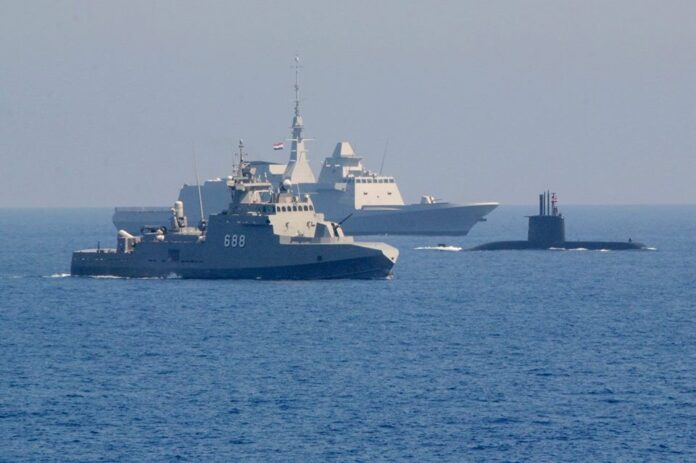 The Egyptian Navy is one of the Egyptian Armed Forces Main Branches and it was established in 1928 as it considered as one of the oldest naval forces in the history, The navy’s missions include the protection of more than 2,000 kilometers of coastline of theMediterranean and the Red Sea, defense of approaches to the Suez Canal, and support for army operations. The majority of the Egyptian Navy was established with the help of the Soviet Union in 1960s.

Egypt navy was always playing an important role among history in facing threats & occupation forces attempts, but now the role of the naval forces had been changed upside down as it may be considered as one of the most powerful naval forces among Arab & African countries, and in the middle east after Turkey.

Since president Al-Sisi took the leadership, he put in his responsibilities the modernization plan of the Egyptian Armed Forces including the navy, As he started with the development of infrastructure of the naval units as developing of the main maritime bases to be contain large number of Naval vessels and troops,such as Ras Al-Tin Naval Base (the headquarter of navy forces) & Safaga naval base (the 2nd HQ for the Navy, and the main Headquarter for the southern fleet) if i missed, one of the most important things Al-Sisi do in the past years was dividing the navy forces into two combat fleets one in the Mediterranean and the other in the Red sea to make the navy work independently in the strategic directions and also to divide the modernization plan among the two fleets.

Thus Egypt plan to modernize it’s naval forces is progressing in an excellent way towards the possession of a real regional naval force which will provide the Egyptian armed forces with a greater presence in regional seas and increase its reach with increasing influence & control to face threats in the Red Sea & Mediterranean regions, in addition to protect the Egyptian territorial waters & gas fields.

Among the real challenges that Egypt Faces in the Region, Is the Israeli & Turkish threat in the context of the conflict over energy resources in East Mediterranean region and how to protect its energy resources & gas fields there. 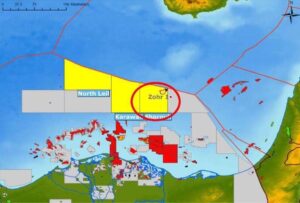 Therefore, Egypt cooperates with Greece & Cyprus (countries that have enmity with Turkey/economic interests in the eastern Mediterranean), And this cooperation and coordination including carries out joint military exercises to strengthen military cooperation with these countries to face any future risks.

Egypt since 2015 started a comprehensive development plan that included all branches of its Armed Forces, and this strategy or plan depended on the diversity of armament which Egypt buy, So they headed to France, Russia, China, Germany, & South Korea and moved away from the US administration control because of what they do from intransigence and putting roles on arms sells to Egypt.

The New equipments and naval vessels which have entered the service with the Egyptian Navy during the past three years changed the Egyptian armed Forces power by 180°, The Armed forces have entered for 1st time in its history Helicopter carriers LHD from Mistral type in service, also it introduced new types of submarines as Type-209Mod1400 German Made Submarines, in addition to contract on one French made FREEM Frigate & four Gowind-2500 corvettes plus German made naval vessels as MEKO-200 Frigates, differ from the other naval vessels that entered the service and were delivered to Egypt as a gift as the Russian Made Molniya Project 1241 Missile Boat, & South Korean Made patrol corvette from Pohang Class Type, But the problem here in naval vessel such as Mistral LHD helicopter carriers that still unarmed so far, whether with air defense missiles to protect it or its electronic systems, all this is still on the table and discussion with the Russians and the French side, while Egypt is likely to get the helicopters Kamov Ka-52K Katrin Marine version of K-52 Helicopters to work on the helicopter Mistral but there are some obstacles hinder the completion of the deal so far, for this depends Egypt decided to benefit from all the equipment and arms owned by the use of the US-Made AN/TWQ-1 Avenger system as a short-range air defense system on Mistral & the use of SH-2G Super Sea sprite & Gazelle helicopters temporarily to work on the Mistral.

Actually diversifying the sources of armaments is a very good thing, you can get the Full armaments of the naval vessel you have acquired, But it Also may lead to some problems in the future such as maintenance and logistical support problems for these naval vessels,Egypt doesn’t focus on this problem as it put in firstly achieving a number of profits differ than the military profit from the addition of such, naval vessels to the Egyptian fleet, including political profits, economic profits and strengthening the relations with those countries and the Egyptian side.

Moving to the Egyptian Naval Forces re-organization and radical formation

Currently, Egypt is building three new maritime bases on three strategic directions and they are:-

1.  Gargoub Naval Base on the Egyptian North West coast in Matruh governorate to sevure maritime borders with Libya

2. Ras Banas Naval Base in south eastern of Red Sea to secure the Red Sea and Gulf of Bab El-Mandb

Also Egypt has divided recently its Naval forces into two fleets (north/ south) with the formation of 2nd Navy Special Forces brigade as part of the expansion of Egyptian naval forces operations in order to possess Blue water navy.

Egypt’s naval special operation forces are the Egyptian special Forces maritime branch and it considered as best equipped/Trained special forces personnel ever in the Egyptian armed forces, it consists of two bridges one follows the Northern Fleet in the Mediterranean & the other follows the southern fleet in Red sea, and each one consists of RHIBs, Infantry, Combat diving (Frogmen) battalions

Thus Egypt relay on them in various operations & tasks, As large number of these units were deployed to the Sinai peninsula to participate in counter-terrorism operations there since 2014/15 Martyr’s right operation until the Comprehensive operation Sinai-2018

Egypt is currently keen to transfer the manufacturing technology for heavy naval vessels to be manufactured locally as the manufacture of French Naval Group Gowind corvettes in Alexandria shipyard, in addition to other types of patrol boats as SwiftShip-1200 Boats, and the maintenance of heavy types of Frigates locally as the Oliver Hazard Perry Class

In the near future I think Egypt will work jointly with European countries to manufacture frigates and naval vessels from varied displacements, For example Egypt got a German offer which was introduced earlier to manufacture MEKO-200 Frigates locally in Alexandria shipyard

If this happened it will help in expanding the Egyptian Maritime Industrial platform and moves on the independent manufacture of Naval vessels and Maritime armaments in the Future.

Egypt now needs to consider even slightly to solve the problems of Maintenance and logistical support for the naval vessels that entered the service recently or these that will enter the service in the near future because this will represent real nightmare if it hadn’t solved.

For the new Egyptian maritime contracts, it is expected that Egypt will sign deal to be provided with Freem Bermgini air defense frigate, As The Italian side has good financing offer in contrary to the French side, which offers the additional Gowind Corvettes, but there are problems in the cost and financing of the deal.

Also I expect that the Egyptian side would contract on new naval vessels such as frigates, submarines & supply vessels from Spain or Germany in the near future as both countries offered a naval deals on the Egyptian side, while Germany had previously offered the Type-214 submarines to Egypt, which also had shown interest in. 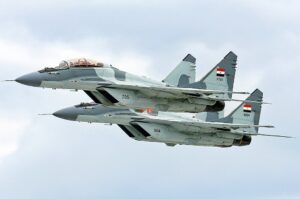 In addition to That the progress in modernization of the air force will be important in the operations of the naval forces as newly fighter jets which entered the service recently as Dassault Rafale and the Russian-Made MiG-29M2 aircraft in particular which will provide cover for the Egyptian navy vessels in its work because of it’s armament package, which includes anti-ship missiles from KH-31 type.

I also believe that Egypt needs to introduce a force acting as Marines to work on the Mistral LHD helicopters carriers, The forces actually formed in 2014 and it’s the rapid deployment forces (RDF), but it will take long time to train them to work on such vessels and to be modernized with new equipments, gears & that will help them working on it.

All this development now will need to be doubled in the future especially because Egypt will have a huge reserve of natural gas and will establish dozens of gas fields in the Mediterranean and the Red Sea, which requires the formation of a naval force that can deter & thwart any threats to Egyptian economic interests and territorial waters.