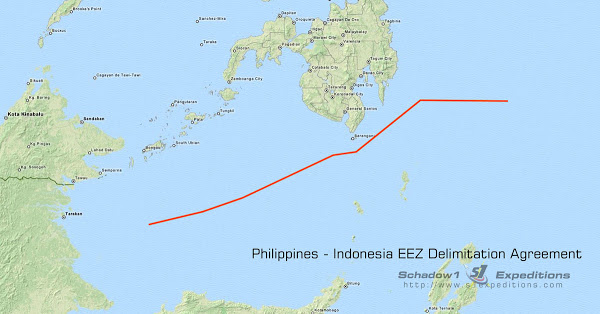 Although Southeast Asia might be occupied with a story of unresolved maritime boundaries, this year, the region witnessed a success story of resolved boundary negotiations. According to Philippinnes press, an agreement delineating the boundary between the overlapping exclusive economic zones (EEZs) of the Philippines and Indonesia officially entered into force, following the exchange by the two countries’ foreign ministers of the instruments of ratification in a special ceremony held on August 1st in Bangkok.

To complete domestic procedure, the Philippines Senate concurred with the President’s ratification on June 3, 2019.

The agreement is expected to benefit both countries, economically and politically, by promoting more bilateral cooperation in the EEZ in order to advance the common interest of managing and preserving the resources in the EEZ and further strengthening maritime security cooperation between the two countries.

The Philippines and Indonesia, the two largest archipelagic states in the world, are parties to the 1982 United Nations Convention on the Law of the Sea (UNCLOS), and thus are entitled to EEZ of 200 nautical miles. Under the Convention, states have sovereign rights to explore and exploit, and conserve and manage natural resources, among others, within their EEZ.

Wide overlaps in the EEZ of the Philippines and Indonesia, which run across the Mindanao Sea and Celebes Sea, and in the southern section of the Philippine Sea in the Pacific Ocean, required the two countries to negotiate and agree on a shared boundary.