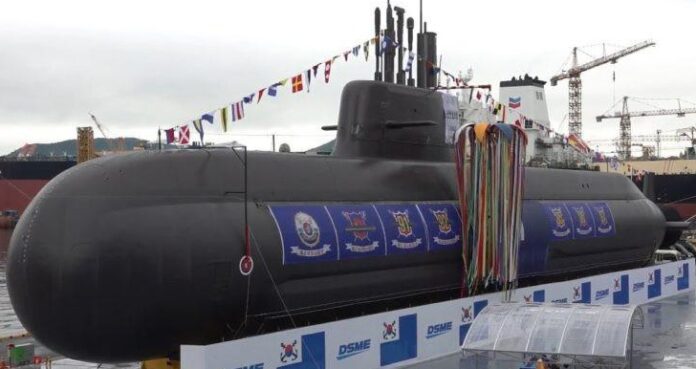 ECA GROUP is once again awarded the supply of steering and diving consoles for South Korea Navy’s 1st submarine of JANGBOGO III (Batch II), after having successfully delivered this equipment for the first batch of 3 submarines in 2016, 2018 and 2019.

In June 2020, DSME has once again renewed his trust into ECA GROUP expertise by awarding a new contract to supply the Steering and Diving Consoles for the 1st submarine of South Korean’s programme JANGBOGO III – Batch II Class. The equipment will be delivered by 2023 and operational tests will be completed by 2027.

ECA GROUP, a reliable partner within the JANGBOGO III programme

The South Korean Navy’s JANGBOGO III submarine project began in 2014. ECA GROUP was chosen to deliver the Steering and Diving Consoles (SNDC). In the past 5 years, ECA GROUP has been chosen for the third consecutive time to supply further submarine steering and diving consoles for this navy.

ECA GROUP intends to maintain its efforts to satisfy the Korean Navy by providing them with best quality equipment while meeting their operational requirements.

After the latest SNDC delivery in 2019, ECA GROUP was also entrusted the supply of 2 Steering and Diving Simulators of delivered SNDC equipment for training purposes for South Korean officers and operators.

The SNDC simulators will enable the South Korean Navy to:

ECA GROUP team has successfully carried out the Factory Acceptance Test demonstrating the capability of these simulators to operate exactly like the Steering Consoles installed onboard submarines. Should other submarines be built as part of this programme, ECA GROUP will put its know-how and experience at the service of this navy.