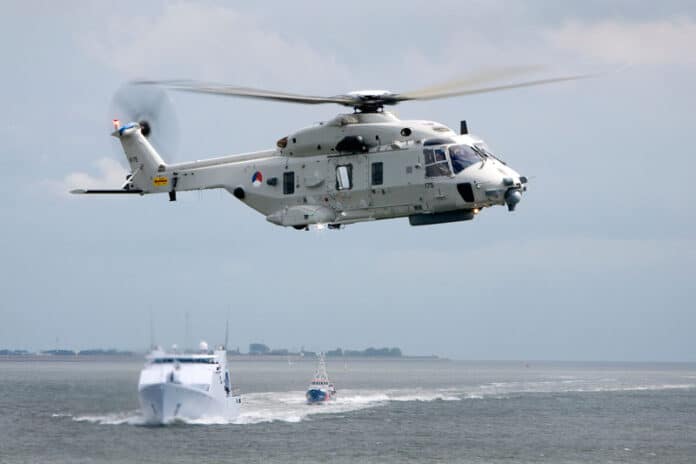 A Dutch military helicopter has crashed into the Caribbean Sea near the island of Aruba, killing two of the crew, the Defense Ministry said in a statement early Monday (July 20).

The NH90 helicopter was nearing the end of a coast guard patrol when it crashed Sunday afternoon near the island. The cause of the crash is under investigation, the ministry said.

Defense Minister Ank Bijleveld expressed condolences to the families of the victims in a tweet.

Bauer said the rest of the Dutch military’s fleet of NH90 helicopters has been grounded pending the investigation.

The helicopter was the organic helo of HNLMS Groningen. The ship was working to secure the wreckage and the helicopter’s black box, Bauer said.