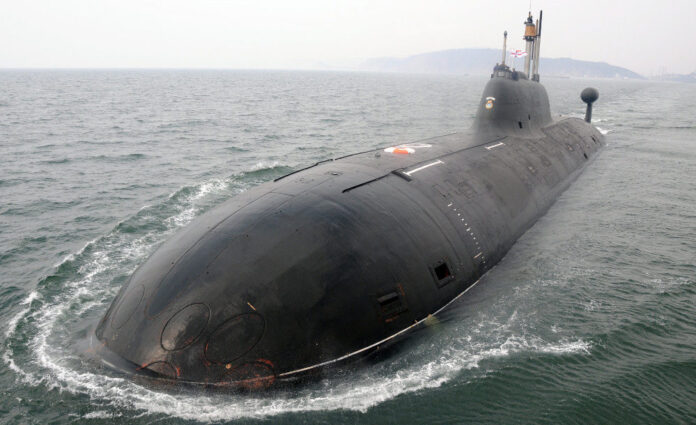 Scientists at Russia’s Krylov State Research Center have started developing and introducing a fundamentally new method of detecting submarines by the trace, which their propellers leave in the water, the center’s research supervisor Valery Polovinkin commented at the St. Petersburg International Maritime Defense Show on 10th July.

“This is because acoustics and electro-magnetic fields disappear with the departure of an object, whereas trace fields persist for some time. And an object can be detected by these fields,” the scientist explained.

The stealth issue is the most important task to deal with, he explained.

“Stealth operation of submarines and low signature of surface ships are a permanent problem. The priorities in terms of the importance of particular fields may eventually change, depending on the development of detection systems and weapons. That is, these may be fields of the upper hemisphere at one stage and acoustic fields at another stage. Now we are focusing on trace fields,” the scientist said.

Work on reducing submarines’ signature
The Krylov Center is currently carrying out research into all the aforementioned areas, the research supervisor said.

“Today we are exploring the capabilities of a very serious program on acoustics. Unfortunately, for well-known reasons, I can’t disclose the details of this program that has been approved and for which funds have been allocated,” he explained.

“It can be said that this work involves developing principally new means, methods and techniques and reducing the acoustic noises of both fourth- and fifth-generation submarines. We hope a lot that the work will commence and are paying great attention to this sphere,” the scientist said.

The center will need to solve several problems, primarily those aimed at reducing the vibro-activity of operational mechanisms (engines, propeller-rudder systems and other elements of the propulsion system). As the scientist noted, this problem will be resolved comprehensively.

“This is not a modern word. Of course, we are also paying attention to principally new structural materials, polymeric materials, metamaterials and nanotechnologies. Of course, we are trying to study all these issues comprehensively and give an answer to the question: in what direction to develop? But the most important thing is to define the priorities for the requirements for the fields that make a submarine invisible and, proceeding from these priorities, the requirements will be determined in their regard,” he said.

IMDS-2019 lets us to see promising researchs of Russian scientists, we will keep exploring and sharing the news.