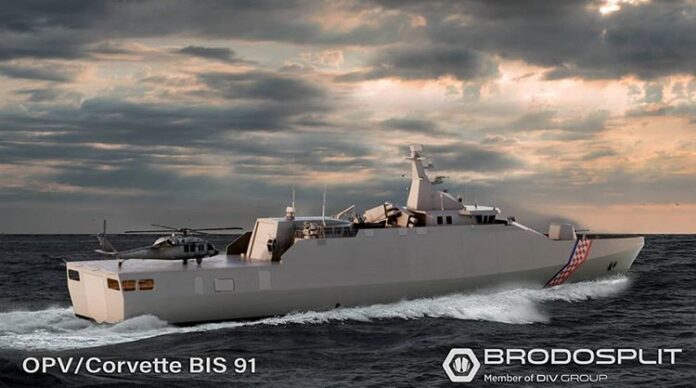 The first render images of the Croatian Navy’s future OPV/Corvette BIS 91 are revealed. The new corvette will be built by Crotian Brodosplit Shipyard and to be used especially for patrol missions. Thanks to its modular design, the corvette can be fitted with anti-air, anti-submarine, and anti-surface sensors and weapons. According to the Croatian defense media, 2 ships will be built over 12 years. The project is still in concept phase and expected to be initiated after the Croatian parliamentary elections this summer.

The basic specifications of the corvette as follows:

The corvette will have a helicopter platform and hangar, stern ramp for RHIB operations, the main gun, and two remote-controlled close-range weapons.