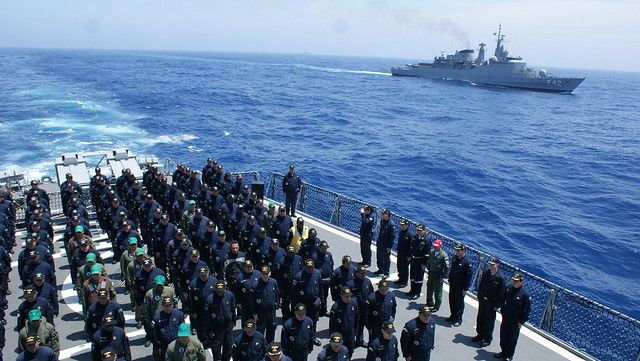 Brazil will host 2019 edition of Operation UNITAS, which is going to be conducted for 60th time, will be conducted at maritime area adjacent to Rio de Janerio of Brazil, between 19-30 August 2019.

UNITAS is the oldest multinational maritime exercise organized by the United States of America (USA), has been held since 1959, and has been in amphibious format since 2008. The main objective is to increase interoperability between the navies and strengthen the bonds of cooperation and friendship.

The UNITAS maritime simulation arises from the First Naval Conference held in Panama in 1959, within the framework of the Inter-American Treaty of Reciprocal Assistance (TIAR) and every year its headquarters alternates between the Atlantic, Pacific and Caribbean.

In the 2019 edition, the Operation will consist of a maritime stage (UNITAS LANT) integrated with an amphibious phase (UNITAS AMPHIBIOUS), which will include a simulation of humanitarian aid from an amphibious operation on Marambaia Island.

UNITAS 2019 will be attended by naval, aircraft, air and marine units. In addition to Brazil, media and delegations from Argentina, Chile, Colombia, Ecuador, USA, Mexico, Panama, Paraguay, Peru and the United Kingdom will be present.

The schedule of the exercise as follows;

2. During the port phase from 19 to 22 August, a series of pre-commission events will take place, such as: coordination meetings between the participating navies, civic-social action (COMREL / ACISO), among other activities;

4. On August 27th will be VIP and Media Day, when the Amphibious Landing Operation will take place on Marambaia Island (“D” Day), with the presence of authorities (to be confirmed); and

5. On August 30, the Closing Ceremony will be held at the Amphibious Division Command on Governor Island.

Next year, Operation UNITAS 2020 will be hosted by Ecuador.