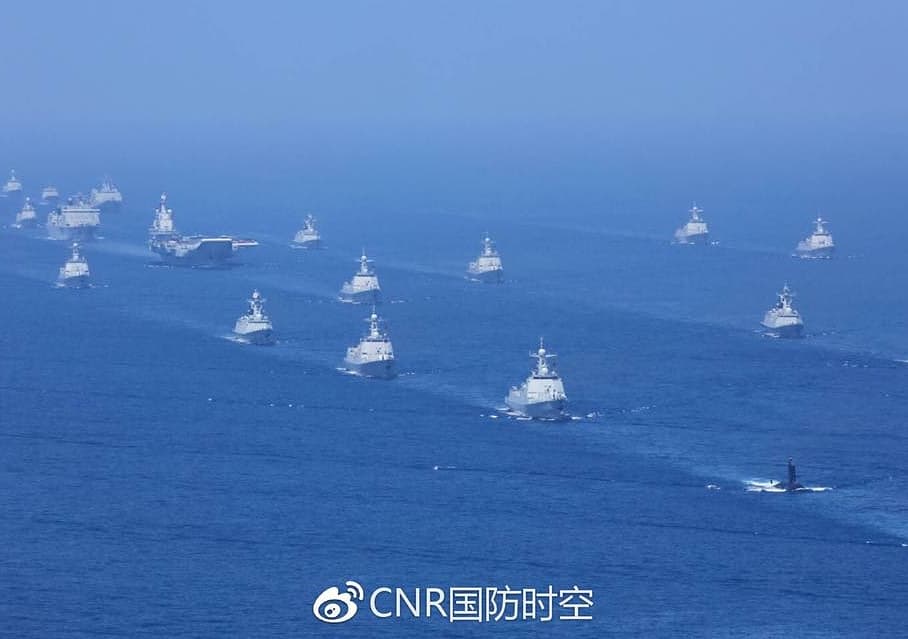 Chinese president Xi Jinping presided today (Apr 12) over the country’s largest-ever naval parade and review. Held in the South China Sea with submarines, carrier LIAONING, destroyers, frigates, aircraft.
Taking part in the review were more than 10,000 service personnel, 48 vessels and 76 aircraft. They included the aircraft carrier Liaoning and latest submarines, vessels and fighter jets. More than half of the vessels were commissioned after the 18th CPC National Congress in 2012.
At around 9 a.m., Xi boarded the missile destroyer Changsha and sailed to where the review was to be conducted.
It started at about 10 a.m. after Xi gave the order.
Xi made a speech after the review, saying that it has always been China’s aspiration to have a strong navy, which serves as a key guarantee to achieve the great rejuvenation of the Chinese nation.
He pledged to speed up the modernization of the navy. 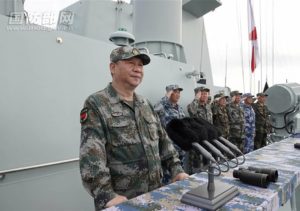 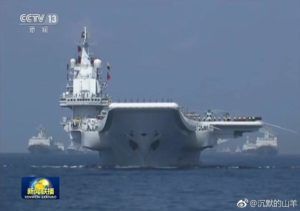