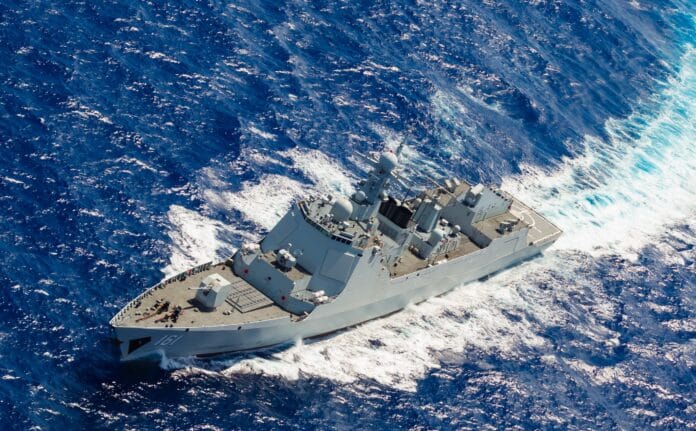 A far sea joint training fleet of the Chinese People’s Liberation Army (PLA) Navy returned to base after sailing 14,000 nautical miles and crossing the International Date Line deep into the Pacific Ocean for the first time, a move that challenges US hegemony in the open waters and will become increasingly frequent in the future, China Military on Wednesday.

The fleet successfully completed the 41-day training mission on Tuesday, in which the warships conducted more than 30 training subjects, including live-ammunition fire of main and secondary guns, missiles, wartime replenishment and far sea comprehensive rescue, according to a statement the PLA Southern Theater Command released on Wednesday.

Many of the subjects were new and conducted in previously unfamiliar waters, and involved multiple military branches, the China Central Television reported.

This year’s exercise was significantly longer than the far sea exercise of the previous year, which took 34 days and sailed 10,000 nautical miles, the PLA’s website 81.cn reported.

During the exercise, the fleet crossed through the International Date Line in a combat-ready state, the PLA Daily reported. The line runs through the middle of the Pacific Ocean, separating it into western and eastern parts, with China in the west and US in the east.

This is the first time a Chinese fleet has done this in recent years, the PLA Daily said.

“Crossing the International Date Line means the Chinese Navy is active not only in the western Pacific Ocean, and it will gradually go deeper from now on into the central and eastern Pacific,” Li Jie, a Beijing-based naval expert, told the Global Times on Wednesday.

The US has always thought of itself as a major influence in these open waters and usually does not want foreign warships to enter them, but the Chinese fleet will break this conventional thinking and hegemony, Li said, noting that the Chinese Navy will sail more frequently and farther, even into the Atlantic Ocean in the future.

The far sea joint exercise is a regular arrangement according to the fleet’s annual schedule, and is in line with related international laws and practice, the PLA Southern Theater Command said in the statement.

Li said that while Hohhot and Xianning are the main combatants, Tianshuxing is capable of gathering intelligence at sea, building a multidimensional surveillance web together with satellites and surveillance aircraft, giving more combat support to the fleet.

Chaganhu can ensure the fleet’s logistical support without having to stop at a foreign port, Li said, noting that its large capacity means it could also accompany large warships such as aircraft carriers and amphibious assault ships into the far sea in the future.