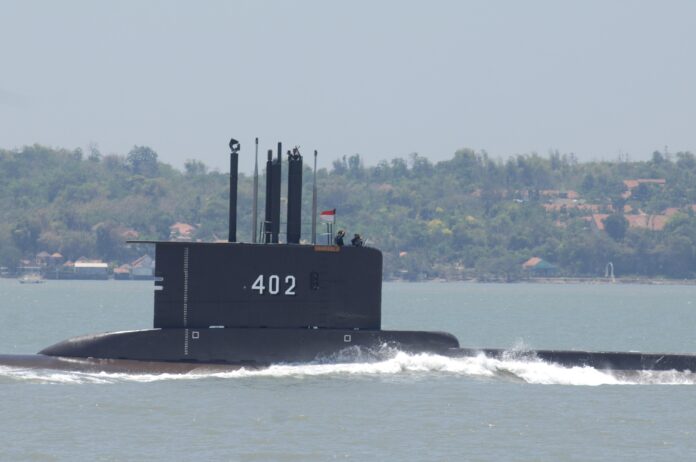 China is sending rescue vessels to help retrieve the Indonesian submarine KRI Nanggala that sunk with the loss of all 53 crew members.

Ren Guoqiang, a spokesman for the Chinese defence ministry, said on Friday (Apr.30) that the ships had been sent upon the invitation of the Indonesian government and they were heading for the Lombok Strait to help recover the KRI Nanggala 402, which went missing last Wednesday when taking part in a torpedo drill.

The ships were expected to reach the waters off Bali where the sub was lost within days and would join its counterparts from Indonesia, the US, Australia Malaysia, Singapore and India in the recovery efforts.

On Friday, Indonesian navy chief Yudo Margono said the local authorities were waiting for the arrival of two ships, including one from China, that are equipped to handle deep-sea salvage operations.

With no hope of finding survivors, Indonesia has said it will salvage the submarine, which was found in three pieces more than 830 metres below the surface.

The vessel is equipped with a British-made deep-submergence rescue vehicle and a remotely operated underwater vehicle that can operate at a depth of 1,000 metres.

While China’s submarine rescue ships have taken part in international exercises in the past, it will be the first time it has taken place in an international recovery mission of this sort.

Type 925 is a large multi-purpose marine salvage & rescue ship capable of operating far away from its base in the deep sea. The ship can serve as both a submarine supply ship and a salvage & rescue ship. It carries 1-2 deep submersible rescue boats (DSRV), operated by a large crane located on the bow deck. It is also the PLA Navy’s first ship equipped with a helicopter hangar and flight deck as a standard ship, capable of accommodating two Z-8 helicopters.

Tansuo-2, the mother ship for China’s manned submersible that is capable of diving to depths of 10,000 meters.

Owned by the Chinese Academy of Sciences, Tansuo-2 adopts an advanced electric propulsion system and positioning system, which can provide sufficient power and automatic cruise capability for deep-sea explorations.

The ship is 87.2 meters long and 18.8 meters wide, with a full-load displacement of 6,800 tonnes. It has a maximum speed of 14.2 knots and a cruising range of 15,000 nautical miles, longer than that of the previous-generation Tansuo-1.

Check out Naval Library App to find out the specifications of the Type 925 Dajiang-class Submarine Support Ship.