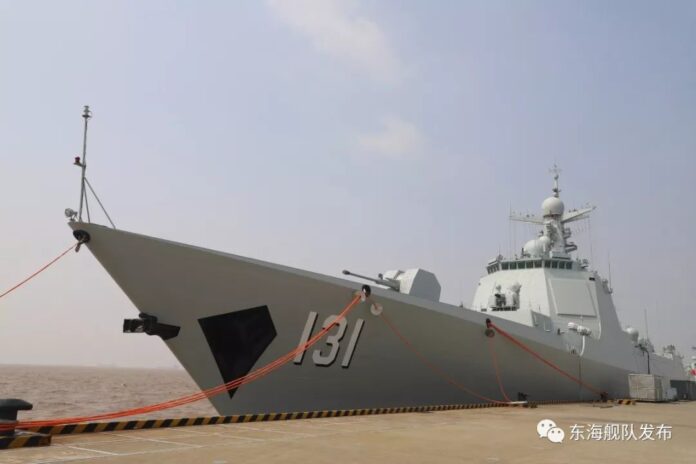 The 35th fleet of the Chinese People’s Liberation Army (PLA) Navy on Tuesday (Apr 28) left the port city of Zhoushan in East China’s Zhejiang province for the Gulf of Aden and waters off Somalia to escort civilian ships.

Composed of the guided-missile destroyer Taiyuan, the missile frigate Jingzhou and the supply ship Chaohu, the fleet has more than 690 officers and soldiers, dozens of special operation soldiers and two helicopters on board.

It is the first time for the Taiyuan and the Jingzhou to carry out an escort mission in the Gulf of Aden.

The PLA Navy began to carry out escort missions in the Gulf of Aden and the waters off Somalia in December 2008.

Check out Naval Library App to find out specifications of the ships.