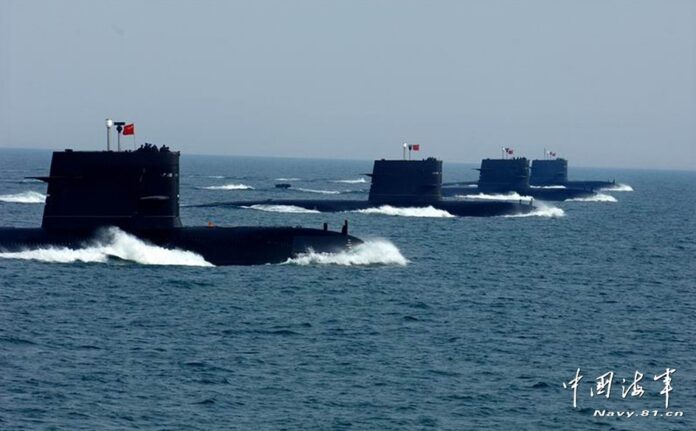 A research report published in the Chinese Journal of Ship Research suggests that China’s People’s Liberation Army Navy (PLAN) is considering future submarine operations in the Arctic.  The study, which was undertaken at Harbin Engineering University, considers techniques to model stresses on a submarine’s structure when surfacing through ice.
The study, which was partly funded by China’s State Administration of Science, Technology and Industry for National Defence, concludes that the model developed will support optimisation of future submarine design for Arctic operations.