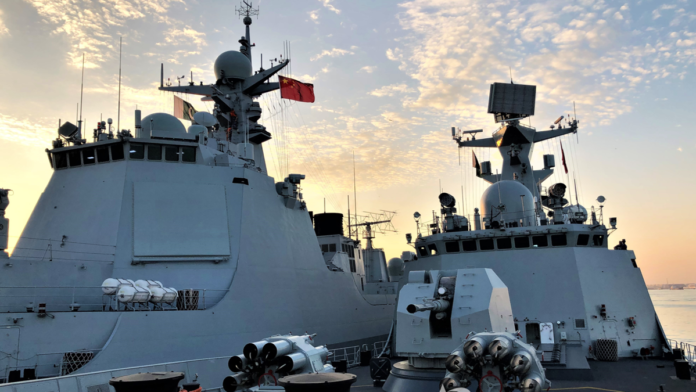 As the last cleat hitch of China’s guided-missile frigate Yuncheng (Hull 571) was tied to the dock at 3 p.m. on January 13, all naval ships of the Chinese fleet participating in the PN-PLAN Bilateral Exercise, code-named Sea Guardians-2020, have returned to Karachi Port, Pakistan, marking the successful completion of the maritime phase of the bilateral exercise.

From leaving the port early in the morning on January 10, to their berthing at the dock on the afternoon of January 13, 11 naval ships from China and Pakistan have carried out over 10 drill subjects as the vessels breaching three meters of high wave in waters of the northern Arabian Sea.

Senior Captain Ye Dan, commander of the Chinese naval fleet, said after returning to Karachi Port: “The joint exercise promoted the deep integration of the technologies and tactics of the two navies and deepened the exchanges and cooperation between the two sides.” “The first actual-troop submarine rescue exercise at sea greatly improved the underwater emergency rescue capabilities of the two navies, and also tested and improved the actual combat training level of the formation. The entire formation completed the scheduled subjects and related training plans and laid a good foundation for our new mission,” he added.