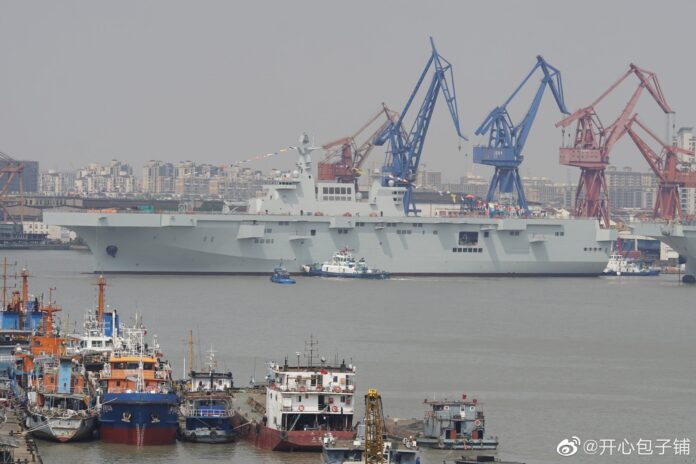 The second Type 075 LHD was launched today (22st April) at the Hudong Zhonghua shipyard in Shanghai. The launch was made at the day of the 71st anniversary of the founding of the People’s Liberation Army Navy (PLAN).

Official sources point out that the ship is the first amphibious assault ship independently developed by China and has strong amphibious operations and the ability to perform diverse tasks.