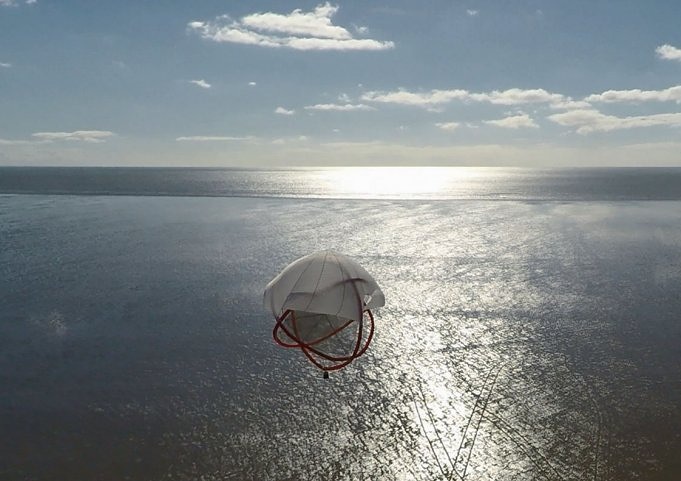 UK-based Chemring Countermeasures in cooperation with Japan IHI Aerospace has revealed a new 130 mm radio frequency (RF) decoy.
Given the name TORERO, the new round is based on an airborne corner reflector developed by IHI Aerospace of Japan.
The use of a corner reflector payload is designed to overcome the chaff discrimination techniques embodied in the latest anti-ship missile seekers and to provide an effective response to radar seekers operating in the I, J, and K bands.
The mortar-fired TORERO cartridge adopts the same form factor as a standard Mk 36/Mk 214 RF seduction chaff round. On burst, the round deploys a single broadband corner reflector payload, which rapidly inflates to full size and descends slowly beneath a parachute. Radar cross section (RCS) is typically in excess of 10,000 m2 .