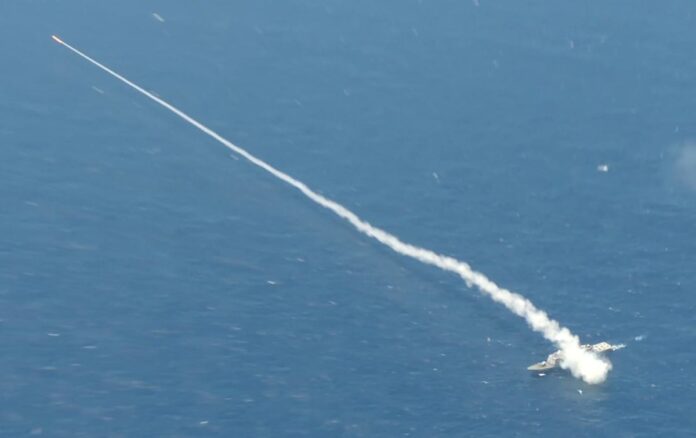 10th July was such an important day for Brazilian Navy, because they launched the third prototype of the Antinavio Surface Missile (MANSUP) on July 10, targeting the hull of the former “Tridente” Deep Sea Tugboat.

The succesful launch, conducted by the “Independence” Frigate, proved that all subsystems performed well and behaved in a harmonic manner. The results confirmed the progress of the project and the adjustments made after the first tests in November 2018 and March 2019, on board the “Barroso” Corvette and the “Independência” Frigate, respectively.

In this third test were made additional checks, recorded by means of telemetry data, also national, installed in the missile and in participating units of the operation. The information obtained will be used as subsidies to proceed with the improvement of the component subsystems.

The event took place in the maritime area between Rio de Janeiro and Cabo Frio. Three ships of the Fleet, the Multipurpose Dock “Bahia” (G 40), the Frigate “Constitution” (F 42), and the launcher were used, which was the “Independence” Frigate (F 44).