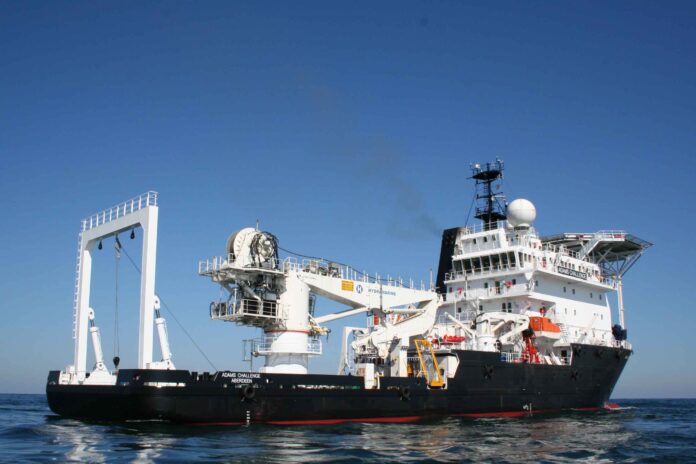 On completion of the negotiations on October 23, The Brazilian Navy has announced that the contract was signed for the acquisition of submarine rescue ship “Adams Challenge” in accordance with Directorate of Navy Program Management of Brazil.

The ship will replace the Felinto Perry Undersea Rescue Ship (NSS) commissioned into the Naval Force in October 1988.

The ship is in Abu Dhabi (United Arab Emirates) and the transit to Brazil will be under the responsibility of the selling company, Adams Offshore WLL. During this period, the Brazilian Navy Procuring Group, composed of 35 Officers and specialists, will be on board to monitor and familiarize the operation of the ship’s systems and equipment.

The rescue ship will be commissioned after departure to Rio de Janeiro which is scheduled at December.