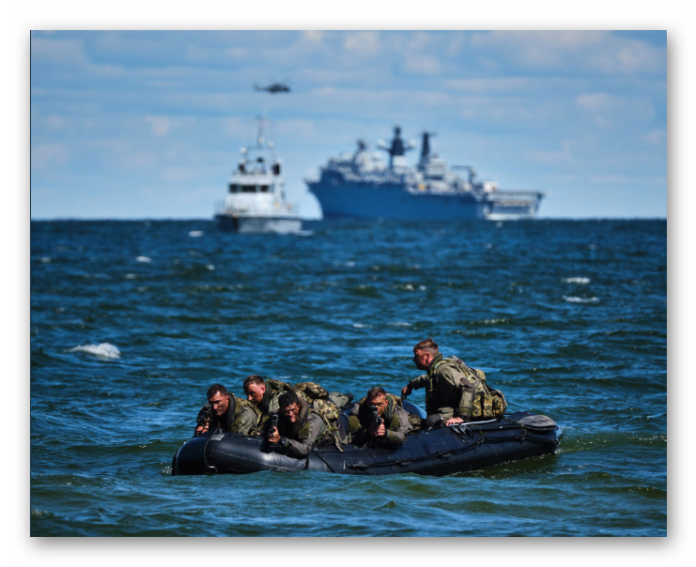 The UK-Led task group, Baltic Protector, carried out amphibious landing exercise at Estonia coast on 4th July. The exercise came as part of Baltic Protector 2019, a large scale exercise led by Britain’s Joint Expeditionary Force (JEF) and involving NATO allies which has run since May 19, covering a broad sweep of the Baltic Sea.

The Estonian troops, including members of the Estonian Defence Forces (EDF), the volunteer Defence League (Kaitseliit), the Estonian navy (Merevägi) and the Police and Border Guard Board (PPA), were tasked with ensuring security during the landing exercise, which was additionally supported by Wildcat, Apache, and Merlin helicopters as well as Eurofighter Typhoon jets on Baltic NATO air policing duties.

The allied units participating in Baltic Protector are also to engage in shooting exercise at the EDF’s central training area on July 5 to 6, following with exercises involving the defense of the island of Saaremaa, together with Saaremaa and Pärnu Defence League districts personnel, on July 7.