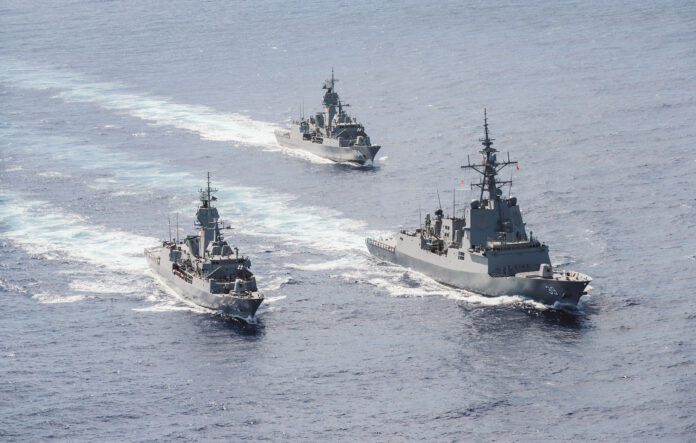 FCP20, a critical activity for the RAN, is a high-end warfighting exercise that will certify the participating ships and their crews ‘ready to deploy’ on behalf of the Australian government.

The four destroyers are planned to proceed to Bass Strait where they will engage with five other Australian naval assets as well as military aircraft from Australia, the U.S. and New Zealand.

Commodore of the Flotillas (COMFLOT), Commodore Michael Harris, said FCP20 would further develop RAN’s ability to engage in complex and dynamic warfighting activities based around sea and air control capabilities.

“FCP20 will test competencies in a range of scenarios, including high-end warfighting in the blue water ocean environment, amphibious operations and humanitarian assistance and disaster relief, similar to our recent Bushfire Assist mission,” CDRE Harris said.

This iteration will be the first time a Hobart Class destroyer has participated in an FCP.

Involving more than 2,000 military personnel, the sea phase of FCP20 is held in Bass Strait from 17 February to 6 March.

FCP20 will include port visits in Melbourne and Portland, Victoria, and Burnie, Devonport and Launceston, Tasmania.