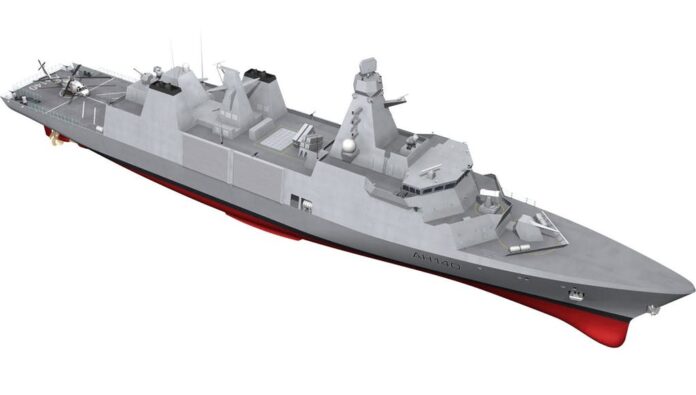 Defence company Babcock has confirmed it has been awarded a £1.25 billion (£250 million for per ship) deal to build five Type 31 frigates for the Royal Navy.

An MOD spokesperson said: “Today we have signed a contract with Babcock for the Design and Build of five Type 31 general purpose frigates.

Babcock was named as the UK MoD’s preferred bidder in September and the company issued a trading update yesterday confirming the contract has now been formally agreed.

Arrowhead 140 will offer the Royal Navy a new class of ship with a proven ability to deliver a range of peacekeeping, humanitarian and warfighting capabilities whilst offering communities and supply chains throughout the UK a wide range of economic and employment opportunities. Arrowhead 140 is based on the proven Iver Huitfeldt-class of frigate of the Royal Danish Navy, designed by OMT, and adapted to Royal Navy requirement by Babcock and BMT. Thales will supply the combat management system of the Type 31.