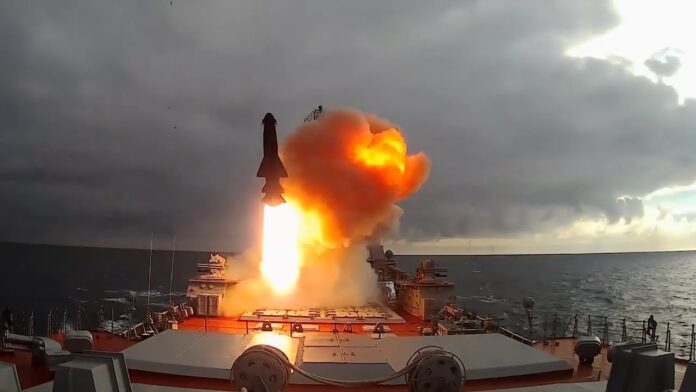 “All the new Projects of ships we are building are universal for a whole family of missiles from the standpoint of launchers, including those, which you mentioned,” Rakhmanov said, replying to a question about rearming all the Russian Navy’s combat ships with Kalibr cruise missiles and Tsirkon hypersonic weapons.

As for rearming the warships operational in the Russian Navy with new missiles, the shipbuilders’ chief said he did not consider this as “a too costly issue.”

However, the combat ships with the expiring service life are unlikely to be armed with Tsirkon hypersonic missiles, he added.

“Perhaps, such work will be premature and this may lead partly even to unjustified expenses,” the head of the United Shipbuilding Corporation said.

Russia’s Defense Minister Sergei Shoigu said at the ministry’s conference call on Monday that the Russian Navy would increase the number of warships capable of carrying Tsirkon hypersonic missiles.

In his State-of-the-Nation Address to the Federal Assembly on February 20, Russian President Vladimir Putin said that the work on the Tsirkon hypersonic missile was proceeding as scheduled. As the Russian leader said, the Tsirkon is capable of developing a speed of Mach 9 and its striking range capability can exceed 1,000 km. The Russian leader also said that the Tsirkon could strike both naval and ground targets. Experts say the Tsirkon hypersonic missile cannot be intercepted by any existing air defense capabilities.

A source in the defense industry told TASS in late 2018 that more than ten Tsirkon launches had been carried out against naval targets to ranges of several hundred kilometers since the start of the missile’s trials. According to media reports, the missile firings from a sea platform were conducted in 2016, 2017 and 2018.

Russian warships and submarines currently armed with Kalibr or Oniks cruise missiles are expected to carry Tsirkon hypersonic weapons. Russian Deputy Defense Minister Alexei Krivoruchko said on November 8 there were plans to deploy Tsirkon missiles on the frigate Marshal Shaposhnikov currently undergoing modernization and on the Project 949A multi-purpose nuclear-powered submarine Irkutsk. Before that, Russian President Putin said that the corvette Gremyashchiy might be armed with Tsirkon hypersonic missiles.