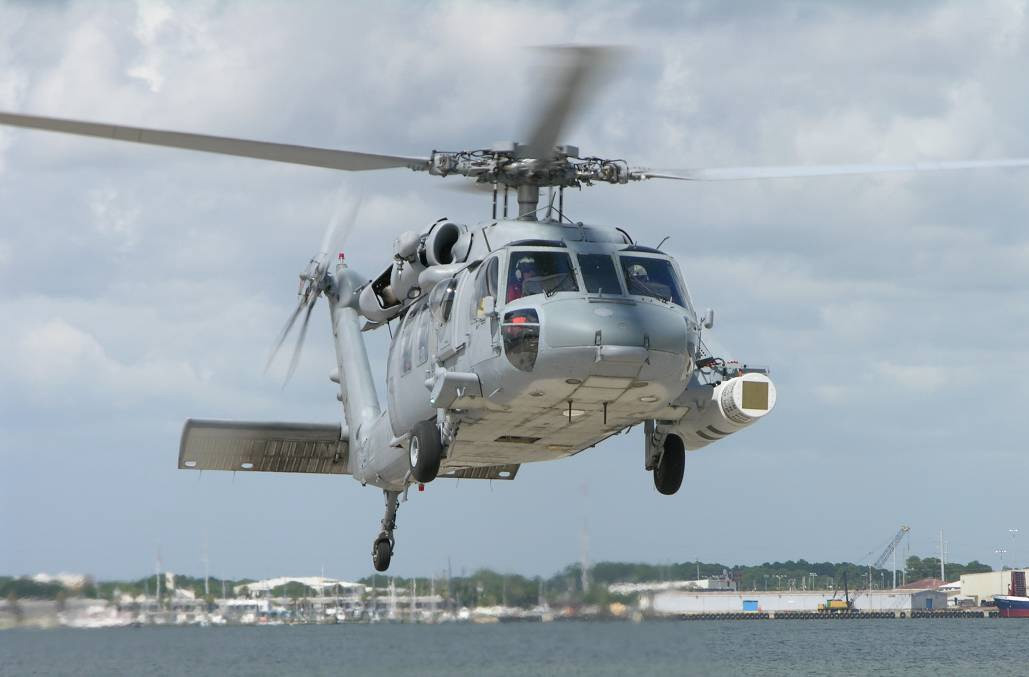 The mission of ALMDS (AN/AES-1) is to detect, classify and localize floating and near-surface moored mines. ALMDS enables shallow-water warships like the U.S. Navy’s littoral combat ship (LCS) to operate at safe distances from mines with advanced warning. This agile system’s detection speed and accuracy have improved the U.S. Navy’s mine detection capabilities.

The ALMDS uses pulsed laser light and streak tube receivers housed in an external equipment pod to image the entire near-surface volume potentially containing mines. ALMDS is capable of day or night operations without stopping to stream out or recover equipment and without towing any equipment in the water. With untethered operations, it can attain high area search rates. This enables the helicopter to conduct mine detection operations at greater speeds. This speed, combined with the laser’s wide swath, delivers a high area coverage rate. This design uses the forward motion of the aircraft to generate image data negating the requirement for complex scanning mechanisms and ensuring high system reliability.

ALMDS also provides accurate target geo-location to support follow on neutralization of the detected mines. ALMDS’ pulsed laser light generates 3-D images of the near-surface volume to detect, classify and localize near-surface moored sea mines in day or night operations. The target data generated by ALMDS is displayed on a console and stored for post-mission analysis.

The blue-green laser characteristic of the bathymetric version of Light Detecting and Ranging technology gives the ALMDS maximum depth penetration capabilities. The wavelength of the blue green laser has the unique ability to maintain about 50 percent of its radiation intensity when penetrating ocean water. Blue-green lasers emit wavelengths of about 450 to 550nm, with wavelengths closer to 550 nm used for more opaque water, and shorter wavelengths used to penetrate clearer water. The ALMDS pulsed blue-green laser emits a wavelength of about 510nm, which allows it to operate in a depth of up to 200 meters.

ALMDS is used either as part of a Mine Countermeasures Mission Package (MCM MP) on the US Navy’s Littoral Combat Ship or on other aviation-capable platforms, or may be shore-based as required to support fleet operations.

When used on MH-60S, the ALMDS pod is mechanically attached to the MH-60S with a standard Bomb Rack Unit 14 (BRU-14) mount and electrically via a primary and auxiliary umbilical cable to the operator console. The operator’s console is common to all MH-60S AMCM systems.

The sensor pod can also be rapidly installed on a medium-lift helicopter and quickly removed after mission completion. Northrop Grumman also planning to put it on the U.S. Navy unmanned UAS “Fire Scout”.

The first international sale of ALMDS occurred in 2012 to the Japan Maritime Self Defense Force (JMSDF), and the JMSDF has completed flight qualification testing of ALMDS on an MCH-101 helicopter.

ALMDS passed Milestone C in May 2005 and entered low-rate initial production. In 2012, ALMDS completed operational assessment on the Navy’s MH-60S helicopter. In 2015, ALMDS completed testing with the MCM MP and achieved Initial Operational Capability in November 2016.