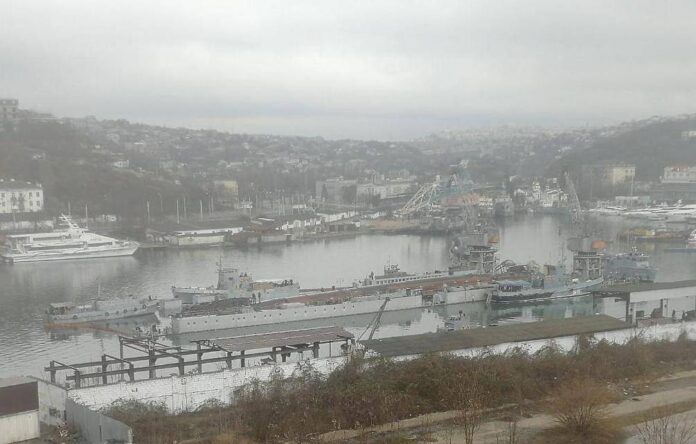 “The decommissioned floated dock sank. It contained the decommissioned submarine. These facilities did not currently belong to the structures of the Black Sea Fleet,” said one of TASS interlocutors.

In turn, a source in the city’s emergency services reported that the submarine of the Black Sea Fleet B-380 surfaced and was afloat.

“Tonight in the southern bay of Sevastopol sank float PD-16, which contained a decommissioned and decommissioned submarine B-380. The boat surfaced, is afloat,” the source said.

According to him, flooding could occur due to the technical condition of the dock, the operation and repair of which were impossible.

No information on the victims.

TASS does not yet have official comments from the Black Sea Fleet and the Russian Ministry of Defense.

About floating dock and submarine:

The SPD-16 floating dock was laid in 1938. It is a pontoon metal structure for repair of submarines, destroyers, minesweepers, and supply vessels with a displacement of up to 5 thousand tons. During World War II, repairs were carried out on it on warships and submarines. After the war, he was stationed in Sevastopol, where ships and auxiliary vessels were repaired on it.

For many years, the B-380 submarine (formerly Gorkovsky Komsomolets), a large diesel-electric submarine of Project 641B Som, the last boat of this project, was under repair in the dock. In the early 2000s, it was decided to overhaul the submarine, later it was proposed to give the boat the name “Holy Prince George”. However, then the repair was stopped, the boat was decommissioned. In the spring of 2016, it was reported that the B-380 submarine was included in the tender of the Ministry of Defense of the Russian Federation for the disposal of several surface ships and non-nuclear submarines.