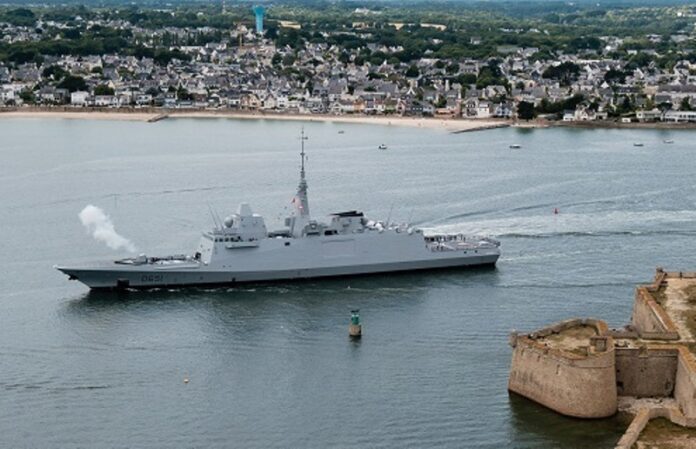 6th multi-mission frigate (FREMM), Normandie, has been received to the French Navy by The Directorate General of Armaments (DGA) in Brest on July 16th. As the backbone of the Navy’s surface fleet, FREMMs are significantly stands out with its Anti Submarine Warfare (ASW) performance and power.

Before accepting the vessel, the DGA completed all the tests to verify the defectless operation of Normandy and see whether it meets performance requirements and expectations.

FREMM, designed and developed by Naval Group, is a stealth, versatile and enduring ship with advanced automation. Its main missions are the control of a zone of maritime operation, on the surface and under the sea, the precision strike in depth with the naval cruise missile (MdCN) that it is the only one in Europe to implement , support and support for projection operations.

The FREMM project is a joint programme between France and Italy to equip both navies with multirole frigates. A total of 18 frigates will be built under the programme, with eight of them meant for the French Navy and the remaining ten for Italy. OCCAR is responsible for the management of the development, production and initial in-service support phases of the FREMM programme.

The first six frigates have missions dominated anti-submarine warfare, while the next two ( Alsace and Lorraine ) will have the primary purpose of anti-aircraft defense. The military programming law 2019-2025 provides for the delivery to the French navy of these last two frigates in 2021 and 2022.