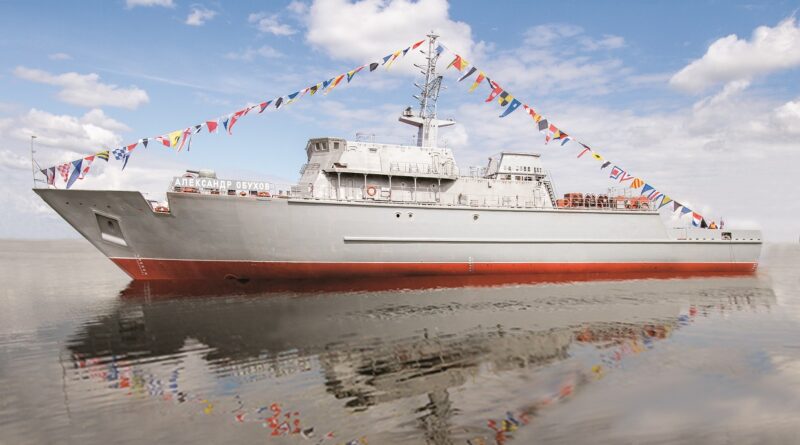 The Sredne-Nevsky Shipyard in St. Petersburg in Russia’s northwest will float out the Project 12700 fourth serial-produced minesweeper Yakov Balyayev on January 29, the Shipyard’s press office announced on 17th January.

Project 12700 Alexandrit-class coastal-type minesweepers are referred to the new generation of minesweeping forces and are designated to fight sea mines, including smart naval mines, which the new ships can encounter in the sea and on the seabed without entering the dangerous zone. The minesweepers can employ various sweeps, as well as remotely controlled and autonomous underwater drones. The minesweepers of this Project displace 890 tonnes, are 62 meters long and ten meters wide and have a crew of over 40 men.

The Project 12700 lead ship Alexander Obukhov was delivered to the Navy in 2016. In late 2018, the Sredne-Nevsky Shipyard transferred the Project’s second (first serial-produced) minesweeper Ivan Antonov to the Navy.