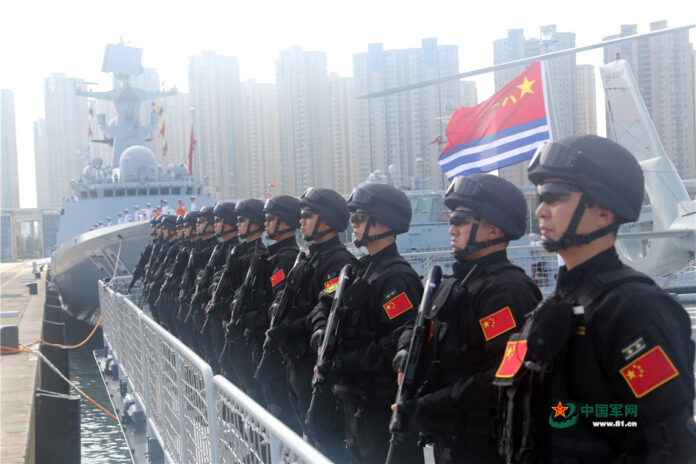 The 30th Chinese naval escort taskforce set out for the Gulf of Aden and the waters off Somali from a naval port in Qingdao of east China’s Shandong Province on Monday (Aug 6) morning to carry out the escort mission.

The Chinese PLA Navy has dispatched 29 taskforces to escort in the Gulf of Aden and the waters off Somali for 10 consecutive years since its first escort mission in December 2008, and has successfully escorted more than 6,000 Chinese and foreign ships.

The 30th Chinese naval escort taskforce is expected to arrive at the eastern waters of the Gulf of Aden in early September and take over the escort mission from the 29th escort taskforce.